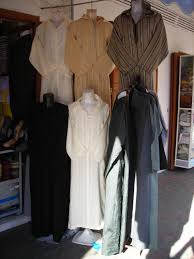 In Morocco in the heat in towns you will see many Moroccan men in long shorts and vest tops/t-shirts and everyone wears sandals or flip-flops in the summer. Don't worry about offending if you are wearing normal summer clothes in towns.

Don't do what I saw a rather overweight older French man doing last week. He got out of a car beside Bab Doukkala mosque having obviously spent the afternoon at a beach club and proceeded to saunter off wearing nothing but a pair of speedos, sandals and with a towel round his neck! Cue a lot of behind the hand laughter from the locals. No-one actually said anything to him but myself and all the Moroccans present were a bit shocked. 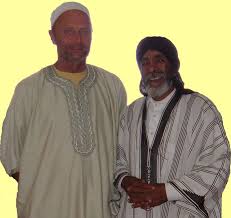 Common sense will guide you. Beach wear at the beach or pool only.

I understand that the customs in Morocco are different than the West and as such I'd like not to offend anyone. I'm sure the standards are more stringent for Women, but what should I expect to wear on a regular basis in my trip throughout Morocco? I'll be going to all major cities during a time when it will be somewhat hot. I'd prefer to wear shorts and t-shirts, but if it's completely unacceptable (or even frowned upon) I'd prefer not to offend anyone. Should I only pack pants and long sleeves? What about open toed shoes? How about when swimming/sun-bathing? 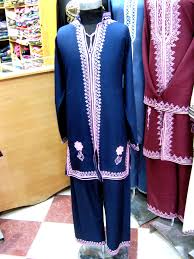 Side question: Are there any specific things that could get me in trouble inadvertently such as displaying the bottom of my shoe?
Showing the sole of your foot or indeed footware is highly offensive in some Arab countries, the equivalent of the "middle finger". Or worse. A girlfriend of mine did this on a beach trip on the Red Sea in Saudi Arabia (raising her sandal to hit a Saudi guy as a jest) and was nearly lynched despite my intervention. Thankfully my apologies were accepted but it was an awkward fifteen minutes.

In Morocco I have never encountered this and Escapist0215 you will have no problems wth "cut-off" pants and short sleeved T's in the cities. It's what I wear in the summer.